On the night of Christmas on a December that ends a very wet year, a Full Cold Moon will be shinning if the clouds will let it appear.  This is a full moon that happens only on occasions, the last being in 1977.  It will be at 99% both on the night of Dec 24th and on 26Th. The fullest being on 25th at 6:11 am EST. just as it sets; this rare occasion will again appear in the skies in 2034.

This has only appeared 9 times in American History the first was December 25th, 1776, when Washington and his troops crossed Delaware. Fortunately, it was cloudy and the moon was hidden as Washington was able to cross and surprises the Hessians then taking the town of Trent will little resistance. This changed history as if they had been seen there might not be the United States.

With any luck and if clouds will allow maybe I can get another great moon picture.

This entry was posted in Weather on December 22, 2015, by Ken Wilson. Edit 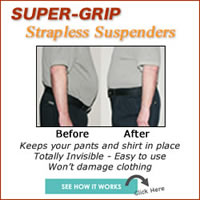