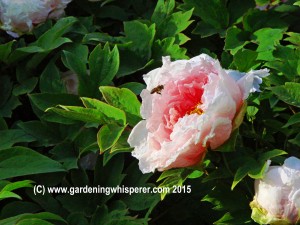 There have been many emotional talks on the decline of bees in the past few years. The graphic representations show that bee hives have declined since the mid-forties. Then when several massive bees kill in the past have happened fingers were pointed at insecticides. In order to get massive headlines, they place blame at the newest insecticide, Neonics. GET RID OF ALL INSECTICIDES. Well, that is a blown up headline-grabbing statement and not a real solution to the problem.

Let us address the biggest factor in the decline of beehives since the mid-forties one (1) there is less demand for honey and beeswax, these were both used for the war effort. The second (2) would be the demographics of America have changed; the population has moved out rural areas to the cities. Along with this families began to place alien plants around there houses ones that did not attract bees as they feared they would been sting.

With this movement has come another factor land went from land used for farming to suburban home dwellings.  Thus the removal of so much of the native bee habit has made it harder to endure. The removal of this diversity of plant material has had a great impact on bee survival.

The next headline-grabber In the past ten (10) years is a struggle of what is called Colony Collapse Disorder, this is a broad term for several ailments, one (1) deformed wing virus two (2) nosema fungi, three (3) Varroa mites, four (4) small hive beetles, and four (insecticides). This remains a concern for beekeepers but these problems are not insurmountable and they have several solutions.

To me, the greatest problem facing “THE BEES” is a disease that shall be known as “Stupid”. All applicators both commercial and privet applying any product to plants must read and follow directions correctly. There has been more damage to the bee population from “Stupid” than any other cause.

In a talk given by Joe Bischoff of AmericanHort, he shares facts that give several possible solutions that have been thought out where concerned will win.

Many individuals are focusing on this problem. One of the solutions is having pollination zones for both Honey bees.  This will help native insects, honey bees and butterflies. If these zones are packed with native plants it will

help the diversity of all life. There are areas in all communities that need sprucing and adding to the beauty of America. “America In Bloom” (AIB) should also take up this cause.

At least people are looking at this dilemma from a more realistic and positive resolution to this crisis. Also looking into what plants attract bees more would also help homeowners and city officials.  It is sort like that movie saying if you plant it, they will come.